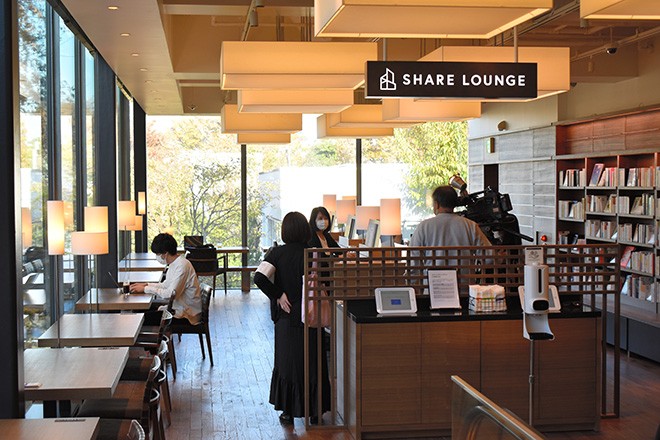 Tsutaya, one of the leading bookstore chains, is set to open dozens of bookstores in Tokyo to serve as shared offices and where customers can relax as they would in a living room.

As part of the â€œShare Loungeâ€ concept, the operator, Culture Convenience Club Co., will increase the number of bookstores offering the service to 100 in the Tokyo metropolitan area over the next three years.

The company said on November 26 that it could expand its business to other parts of Japan.

â€œWe believe that the profitability of our bookstores will increase by adding the function of shared lounges,â€ said Tomohiro Umetani, president of CCC Tsutaya Books Co. â€œBy creating bookstores that make money, we want to contribute to a Japan that has at least one bookstore in each municipality.

The Share Lounge, which will feature high-speed Wi-Fi, is designed to allow users to work there, in addition to reading books and chatting with friends.

The company embarked on the project after receiving positive feedback from customers during trials of the new program which began two years ago.

With 187 seats in a 660 square meter space, its first shared lounge will open at its flagship Daikanyama Tsutaya bookstore in the capital’s Shibuya district on December 3.

A carefully matched selection of 3,500 books on business, art and architecture will be available for guests to read, along with complimentary drinks and nuts.

The hourly rate for use of the shared office will be 1,650 yen ($ 15) including tax. The company also plans to serve alcohol at some point and allow patrons to spend the whole day on the premises of the bookstore.

Its decision to open bookstores with shared offices follows CCC’s operations for cafes and event spaces where people can relax.

He decided to offer paid spaces after his cafes proved so popular that they were often filled to capacity.

The CCC said the salons will be profitable as food materials and personnel costs will account for 40 percent of sales, compared to 60 percent at regular cafes.